SALFO & Associates SA was established in 1994 in Athens for the provision of engineering and management services, covering all types of infrastructure, such as highways, railways, ports, airports, as well as buildings.  In the last two decades SALFO has managed to establish itself as the largest Greek engineering firm, with over 300 employees and a multinational group with international offices in the United Arab Emirates, Qatar, Saudi Arabia, Oman, Cyprus, Romania and Serbia. In 2016 SALFO was the first Greek company to enter ENR Magazine’s Top 225 International Design Firms list, ranking 198th.

Since 2010 SALFO has significantly enriched its capabilities in architectural design and spatial planning by affiliating with Thymio Papayannis & Associates, a company with more than 50 years of experience in this field of services.

In the framework of a highly competitive, demanding and constantly changing international business environment, the company strives to provide its clients specialised services that cover the whole spectrum of engineering and management consultancy in the following sectors:

Our track record includes some of the most challenging projects being developed in Europe during the last decade, such as the Egnatia Odos Highway, the Hellenic Railways Programme and the 14 Regional Airports in Greece; the Paphos & Larnaca Airports PPP and Limassol Marina PPP in Cyprus, as well as major programmes / projects in the Middle East, such as the Saudi Railways programme, the infrastructure of the New Doha International Airport, “Place Vendôme” the largest mall in the Gulf Area; the traffic management of Doha Metro construction, several highway projects in Qatar and Abu Dhabi and the infrastructure designs of major industrial cities in Saudi Arabia.

Within a dramatically changing world SALFO always embraces opportunities for innovation and collaboration with significant partners. We consider that the engineering world needs relationships focused on knowledge sharing and team working across borders, in order to move things forward and keep up with the rapid pace of progress on a global level. 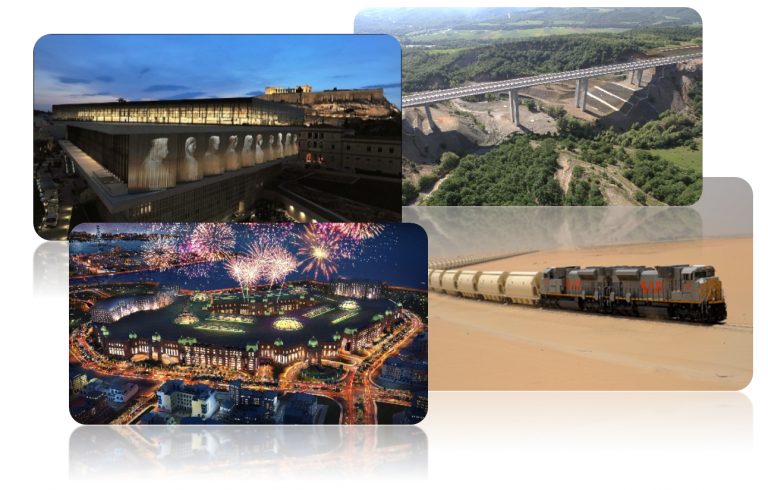